ADHD (Attention Deficit/Hyperactivity Disorder) is one of the common neurodevelopment disorders that occur in childhood. ADHD is characterized by difficulties in concentrating, attention, and impulse control that influence the individual’s day-to-day life. Most commonly, it is diagnosed during childhood, and often it lasts into adulthood.

Children who have ADHD may face trouble in paying attention, easily controlling their impulsive behaviors (may act without thinking what outcome will be), easily distracted, or maybe overly active. Although we may have these difficulties from time to time, individuals with ADHD may have quite significant & ongoing issues in these areas. This can impact their broader lives, especially their studies, work, and also relationships. ADD (Attention Deficit Disorder) is an outdated term that was once utilized to describe the inattentive form of ADHD.

So, if a child has ADHD, this means he/she face difficulties in:

Thus, children with ADHD symptoms may have more trouble than their peers while thinking, learning, expressing their feelings, or even controlling behaviors.

ADHD is not a specific disease or disorder with a particular cause, but it is a term for a broad range of symptoms. Around 2 to 3% of adults are also being diagnosed with this particular disorder. Although ADHD starts during childhood, its symptoms typically improve as the child grows older. Around 15% of the individuals continue to have this disorder as adults too. ADHD, if left untreated, can cause lifetime impairment. However, there are certain specific ways to manage them effectively.

Treatment for ADHD varies depending upon the specific needs of individuals. There are many specialized treatment options available for treating the symptoms of ADHD. This includes behavioral management strategies, psychological therapies, and medications.

ADHD (Attention Deficit/hyperactivity disorder) is a neurodevelopmental/ brain development disorder that typically impacts a large number of brain function areas. This disorder may cause hyperactivity, impulsive behaviors, and also attention-related problems. It typically interferes with a person’s capability to exercise age-appropriate control of behaviors and/ or cognition.

Although many young children may have a limited attention span and sometimes do things without even thinking, only a few children have attention deficit/hyperactivity disorder. It affects 1 in 20 Australians. This is around 1.2 million people. However, most frequently, it is misunderstood and underdiagnosed. School children with ADHD symptoms may seem to be quite disruptive. The kids may tend to call out of their class & they may appear not to listen to their teachers. Also, the children may have difficulties as well for keeping up with their peers academically too.

Children with ADHD symptoms have more trouble than peers with thinking, learning, and even expressing their feelings or controlling behaviors. Children may appear to do silly/ irresponsible/ inappropriate things at home and in social settings. They may seem not to respond to any of the attempts in disciplining them. Children with ADHD symptoms are not willfully naughty. Their incapability to be good students or behave properly can be extremely distressing for them. Even adults can also have ADHD. Such adults in their working life may seem as careless and inefficient employees. Thus, when problems with attention, hyperactivity and even impulse control get into the way of your child’s life, it might be attention deficit/hyperactivity disorder.

ADHD is the most common disorder that is predominantly encountered in outpatient children & even in an adolescent’s mental health settings. This neurodevelopment disorder is ten times more prevalent in boys than girls.

Children may be diagnosed with one of these three distinct types of ADHD, depending upon the specific symptoms:

The children with this particular type of ADHD mainly have inattentive symptoms. The kids tend to face trouble while concentrating, remembering the instructions and even paying attention & finishing up their tasks.

The children with this type of ADHD symptoms are always on the go, face trouble while slowing down, and often act without thinking.

The children with this type of ADHD may have both inattentive & also hyperactivity or impulsive symptoms. Under such a situation, the children tend to face trouble while concentrating, restless & always on the go. The kids may often act without thinking.

Although specific ADHD symptoms vary from one person to another, a significant number of symptoms must be present for the behavior to be viewed as abnormal. The children/ adults with predominantly inattentive type attention deficit/hyperactivity disorder tend to be less obvious. These children or adults quite often appear quiet. They seem to be underachieving learners and don’t necessarily attract a high level of attention.

The children with ADHD impulsivity & hyperactivity symptoms are relatively harder to overlook. The various other eminent factors that define this particular disorder occur either in 2 or more settings; examples are school & home. The symptoms that appear in children before the age of seven are the ones that cause significant impairment in day-to-day functioning.

The number of children being diagnosed with ADHD has already been more than doubled in the last decade. The reason for this increase is an enhanced awareness level & recognition of ADHD disorder. However, to some extent, it is also due to misdiagnosis & even diagnosis criteria for this neurodevelopmental disorder is not always being applied as strictly and rigorously as it should be.

Apart from the specific characteristics that are listed above, many individuals with ADHD also demonstrate symptoms of various other types of behavioral or psychiatric conditions that furthermore complicates clinical situation like learning disabilities, anxieties and several others disruptive behavioral disorders. Other reasons for kids being impulsive, inattentive, hyperactive are having some health/ emotional issues, learning difficulties or lack of sleep.

There are many distinctive types of behavioral & developmental disorders that cause ADHD symptoms in young kids; thus, it is extremely vital to have the proper assessment for devising the most appropriate treatment strategy.

Treatment for ADHD helps relieve symptoms & makes this condition much less problematic in everyday life. A comprehensive assessment of the children is vital while considering the possible diagnosis of this particular disorder. This is because a few of the symptoms can also appear as a consequence of several conditions or situations & due to a high rate of associated or comorbid conditions.

There are different treatment options available for ADHD, depending upon the child & family’s unique needs. The most accurate assessment is extremely eminent for effective treatment of this condition. The comprehensive assessment of ADHD involves meeting with parents, child, ascertaining birth details, developmental, medical, and social and even school history of the kid. Apart from that, behavioral checklists from both & school are found to be extremely helpful.

Pediatrician or psychiatrist most commonly performs the assessment & diagnosis of this particular disorder. Even psychologists are also capable of assessing & diagnosing this disorder. Since a major percentage of children with ADHD have learning/ cognitive difficulties, psychological & neuropsychological testing is found to be extremely helpful for evaluating academic & cognitive skills like intelligence, attention & even executive functioning.

Treatment for ADHD disorder varies depending upon the individual needs of the child. ADHD can be treated by using medications or therapies or a combination of both depending upon the condition. There is also significant evidence that supports the utilization of medications in treating ADHD. However, using medicines, combined with psychological strategies, is most likely to lead to the best possible outcome.

All those kids with mild ADHD symptoms or any developmental or mental health issues most often do well with an extensive range of psychological strategies. Others with difficult to manage symptoms or various other mental health concerns are most often being benefitted from the combination of oral medications & psychological support. There are stimulant medications like methylphenidate, dexamphetamine & pemoline that are most commonly utilized to treat ADHD and found to be extremely effective. But a majority of the experts agree to the fact that treatment for this disorder should address multiple aspects of a person’s functioning, and thus, treatment should not only be confined to the use of medicines alone. Ideally, it should involve devising the most appropriate structured behavioral management program that is required to be consistently applied to both at the school & home. It also involves modification of curriculum, teaching methodologies, parenting education & support at the same time. Currently, 200+ studies have already demonstrated the high-end effectiveness of both medications & psychological treatment strategies.

No, it doesn’t in itself! Since ADHD can be treated through medications and thus, a person with ADHD symptoms seem to be ineligible for the further NDIS funded support. However, in case it co-occurs with other disorder, then the individual with comorbid ADHD is more likely to qualify for NDIS funded supports. Few of the common comorbid ADHD conditions include the anxieties, learning/cognitive disabilities like dyslexia, and disruptive behavioral patterns.

For diagnosing ADHD symptoms, a comprehensive assessment is needed. As there is a tendency of ADHD to co-occur with other conditions, a detailed and comprehensive evaluation is required. A pediatrician, psychiatrist, or psychologist must assess this particular disorder.

The most accurate diagnosis is extremely eminent for carrying out the appropriate and also effective treatment of this disorder. When the ADHD is severe or co-occurs with one or more conditions, then eligibility of a person for NDIS funded supports is likely. For determining the NDIS eligibility & further steps on applying for the NDIS, please refer to apply for NDIS, see here.

The most effective treatment strategy for reducing ADHD symptoms involves pharmacological (medicines) & psychosocial (behavioral) therapies. The medicines like methylphenidate, dexamphetamine & even pemoline are found to be quite effective in treating ADHD. These stimulant medicines are being regulated and prescribed only by the practitioners like pediatricians, child psychologists, or neurologists (even by GPs as well in certain circumstances).

However, it has been recommended that treatment for ADHD should not be limited to the medications alone. Thus the combination of medicines & behavioral management techniques is being preferred and is found to be superior compared to treatment through medications alone. Parents’ positive parenting strategies also help the children manage ADHD symptoms and along with the implementation of extensive home & classroom strategies.

Most individuals who have been diagnosed with Autism Spectrum Disorder (ASD) can access NDIS (National Disability Insurance Scheme). The amount of funding & type of support depends upon the...

END_OF_DOCUMENT_TOKEN_TO_BE_REPLACED 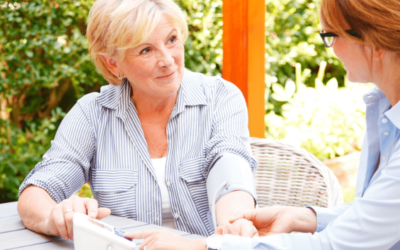 Capacity Building Supports assist you in building your skills & independence. As the name suggests, Capacity building supports are designed to build upon your capacity to lead an independent life...

END_OF_DOCUMENT_TOKEN_TO_BE_REPLACED

During planning conversation with NDIS, the participants gain a chance to discuss how they would like to manage their NDIS plan & also funding. Ultimately the NDIS will be considering this along...